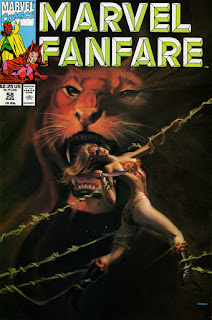 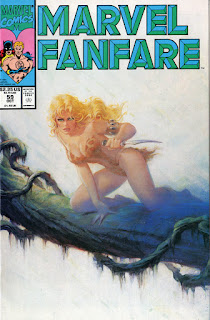 This time out, I'll be finishing up coverage of a 4-part Shanna solo serial, from Marvel Fanfare #s 58-59!  In this adventure, writer Steve Gerber attempts to redefine the conflict between the jungle queen's civilized nature and her wild side. To me, this is Shanna's most fascinating aspect - was Gerber successful?  Find out and -

Read more »
Posted by marksweeneyjr at 6:02 AM No comments: 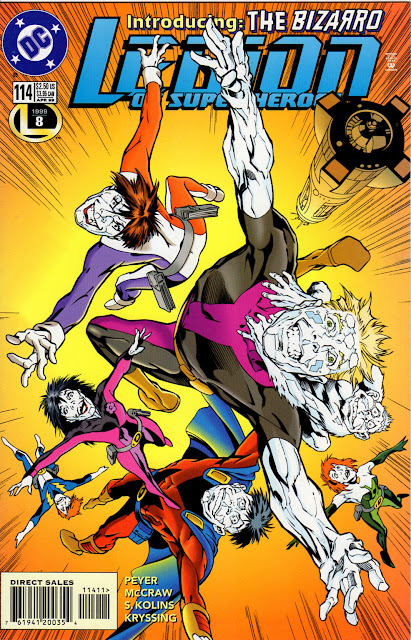 It's Thanksgiving week, and one of the things I'm thankful for recently was the opportunity to have some questions answered via email by former Legion writer, Tom Peyer!

Tom began writing the Legion in 1994 at the dawn of the post-Zero Hour reboot, and was one of the architects of a new future and helped develop a new vision for the 30th century.  Please check out the Q & A below, in which Tom talks a little about his time on the Legion.

Also, be sure to check out Tom on Twitter, and his latest work, co-writing (along w/ Mark Waid) the fantastic Captain Kid, published by Aftershock Comics.

How did you come to write the Legion/Legionnaires? You were working on REBELS at the time, correct?  Were you always a Legion fan?

I was a kid in the Silver Age, so I'd read a million Legion stories. But part of me held it against the Legion that their series replaced "Tales of the Bizarro World" in the back of Adventure Comics. That "Bizarro World" was the far superior series should have been obvious to everyone--but people are fools. They refuse to see. ​Many years later, in writing the Legion, I was finally able to make my peace with them. Bringing me aboard was Mark Waid's idea; it was the start of a writing collaboration that continues to this day with Captain Kid.


Was the idea of a fresh start for the Legion appealing? Any regret not working on versions of the Legion characters you may have read & enjoyed in the past?

Like I said, I was a Silver Age kid. To me, those are the real comics  and most of what came after is karaoke.​ I would have enjoyed calling the Legionnaires by their 60s code names--This Lass and That Lad. The rocket clubhouse, Superboy, Proty--I missed all of it.

Read more »
Posted by marksweeneyjr at 9:45 AM No comments: 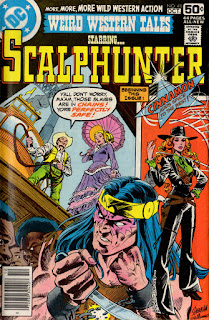 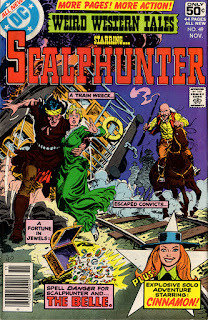 On this episode, I'm debuting a new feature called ITG's ABCs (which is short for Anthology & Back-up Comics Stories).  On ABCs, I'll be recapping the short tales (typically 8 pages in length) found in titles like World's Finest & Adventure Comics or in the back of comics like Unknown Soldier or (in this case) Weird Western Tales.

I've been looking forward to this feature, as it will allow me to broaden the number of characters and types of stories I'll be able to cover on this podcast.  First up, getting the ABCs treatment, is DC's western character Cinammon!  This determined firebrand made only 2 lead feature appearances (both covered here) before fading into obscurity at the dawn of the 1980s.

If a wild western adventure is up your alley, and you think 9 pages of story is just too much, I invite you to:

Read more »
Posted by marksweeneyjr at 6:58 AM 6 comments: 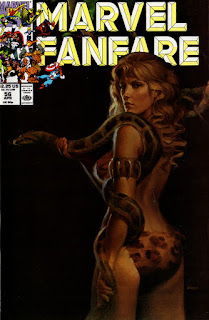 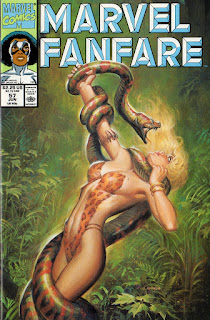 Shanna Showcase is back with a look at the 1st 2 chapters of a Shanna 4-parter 13 years in the making!  Dusted off to help wind down the anthology series, Marvel Fanfare, an unearthed Steve Gerber Shanna script (ca. 1978) with completed pencils for only the 1st chapter was given to artist Bret Blevins to finish up - with mixed results.

Join me as I recap the 1st 1/2 of this Shanna solo story, from Marvel Fanfare #s 56-57, providing commentary & context along the way!

Read more »
Posted by marksweeneyjr at 9:32 AM No comments: