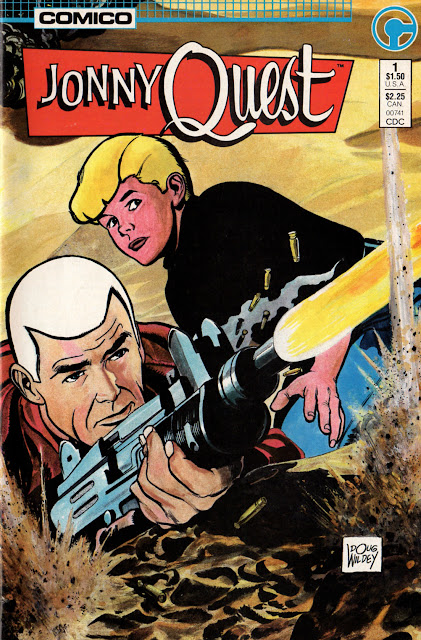 This time out, I'm revisiting a feature from when I'm the Gun was strictly a blog called 'Where's the Trade?'  There's a ton of great uncollected material out there, for one reason or another, and this feature asks the titular question.

I don't admit to having any answers to this question, this feature is merely just a way to highlight a title or run of issues that I'm particularly excited about - in this case, I'll be talking about the Jonny Quest series, published by Comico back in the mid-80s.

This series had a lot going for it, not the least of which was a great creative team, led by writer William Messner-Loebs, and at least for the title's 1st year, or so, a rotation of artists that reads like a Who's Who of the best illustrators in comics. 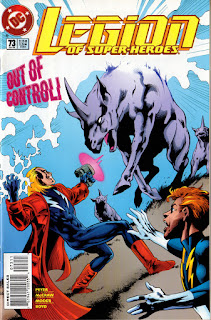 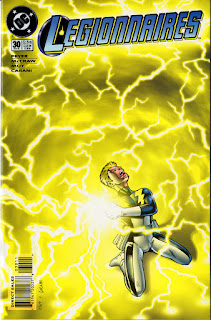 Lightning strikes in this episode of Reboot Review, which recaps Legion of Super-Heroes #73 & Legionnaires #30, spotlighting (ex)Legionnaire, Live Wire!  Plus, a subplot involving the reintroduction of a very important & Valor-ous Legion character EXPLODES!

Scroll down to see some images from these issues, and be sure to check out previous Reboot Reviews on iTunes.  Also, I'm the Gun in now available on Google Play!


Posted by marksweeneyjr at 8:49 AM No comments: