Been on vacation this week (without my comics), so I've put together this 'inventory' post -

Since starting this blog, I've created a few headers to help decorate the variety of content on each (mostly) weekly post.  I've used a number of them a couple of times, but they're usually only there for a week - then they're gone.  I really miss seeing them, so I thought I'd devote a post to the various headers I've used to this point, knowing the collection may well grow in the future.

The header usually contains a spotlighted comics' hero either holding, or being threatened by a gun.  I'm no firearm enthusiast - I consider these images to be a play on the blog's title, which derives from a 'catch phrase' used by obscure DC Comics' war character, Steve Savage the Balloon Buster, who got quite a bit of coverage during the blog's earliest days.  In fact, the blog title as featured in each of the headers was taken from Steve Savage's mouth, as shouted in an old issue of All-American Men of War (#114, I think).

The original header - this logo is sort of the default header, and I use a variation of this header as the podcast image for the audio posts featured on the blog.  The image was taken from the cover of Steve Savage's 1st appearance, All-American Men of War #112. 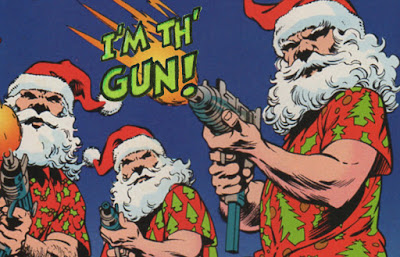 The holiday header, taken from Flash #87 depicts Santa's helpers in a jolly ol' mood.  I used this to promote the blog the week I wrote about an Enemy Ace story in Christmas with the Super-Heroes #2. 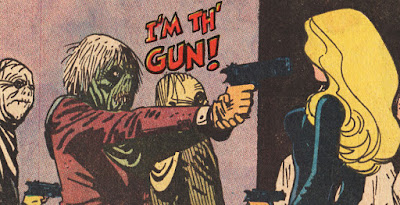 This Black Canary header 1st appeared when I wrote about a great little 2-part BC story by Denny O'Neill & Alex Toth.  This image has been my standard 'super-hero' logo when I've pushed out a few other posts.

I think the title gets lost in this Tomahawk header that I've used a couple of times.  Feels like I'm due to use this one again, but if I do, I'll be changing the color of the logo. 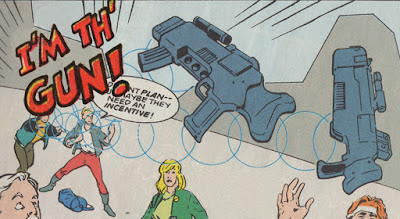 The Legion header has been used on the few Legion of Super-Heroes posts I've done, and I currently use it on the weeks that I push out a Reboot Review podcast episode.  This podcast is following the adventures of the reboot Legion of Super-Heroes, a re-imagined version of the team that was on the comics racks from 1994-2004. 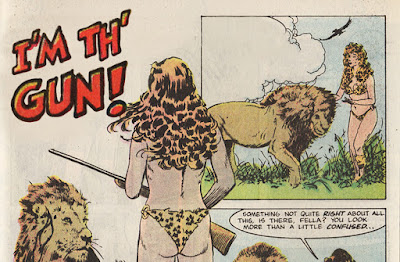 And finally, the Shanna logo (the only one featuring a character from the Marvelous competition) is used every time I push out an episode of Shanna Showcase, on which I talk about each of Shanna the She-Devil's most significant solo appearances (there may only occasionally be a sighting of that oaf, Ka-Zar).
Posted by marksweeneyjr at 8:57 AM No comments: 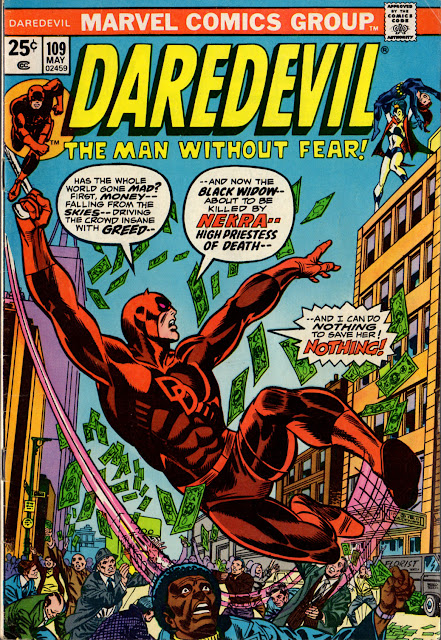 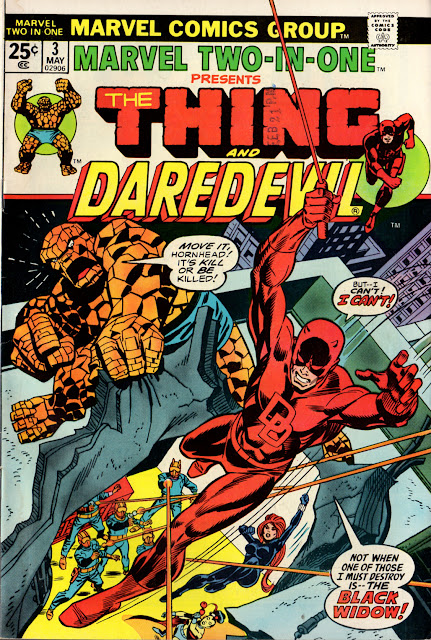 Shanna Showcase returns with a look at Daredevil #109 & Marvel Two-In-One #3, which kicks off a new set of adventures for Shanna the She-Devil!

Learn the fate of Shanna's missing father!  Hiss at super-baddies The Beetle, Nekra and The Black Spectre Organization!  Witness the worst 1st date in the history of 1st dates!

Be sure to check out previous episodes of I'm the Gun on iTunes! 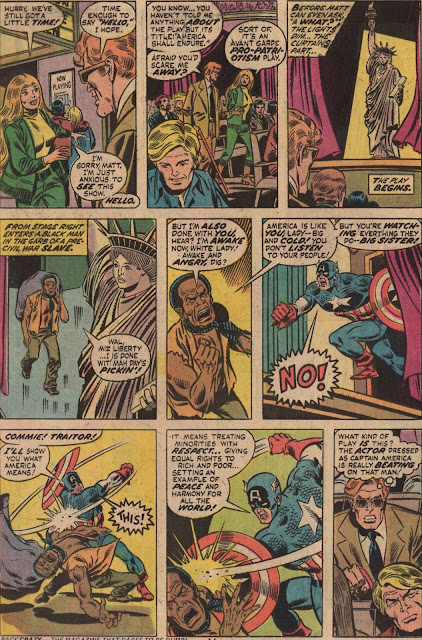 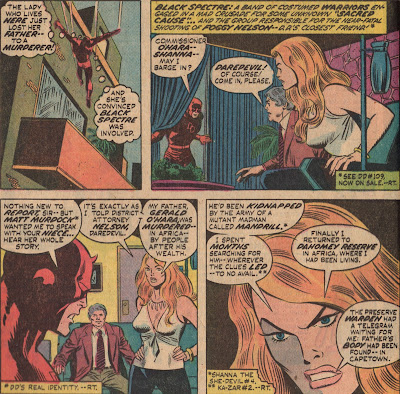 Them created using a sample of 'Shotgun' by Duran Duran.
Posted by marksweeneyjr at 12:17 PM No comments: 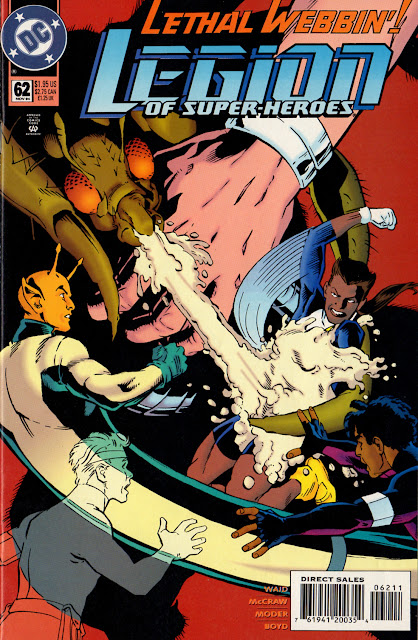 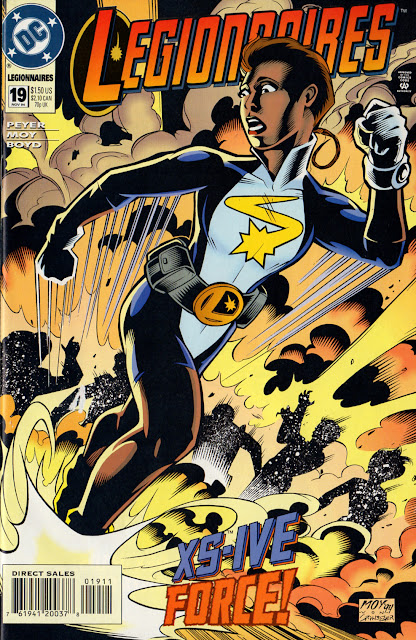 I'm the Gun's Reboot Review is back with a look at Legion of Super-Heroes #62 and Legionnaires #19.  These issues include the Legion's very 1st mission, its very 1st casualty, and a little spotlight on brand new character, XS!

Check out a few pages from these issues below, and be sure to check out I'm the Gun on iTunes for future episodes of the podcast!

Posted by marksweeneyjr at 7:51 PM No comments: 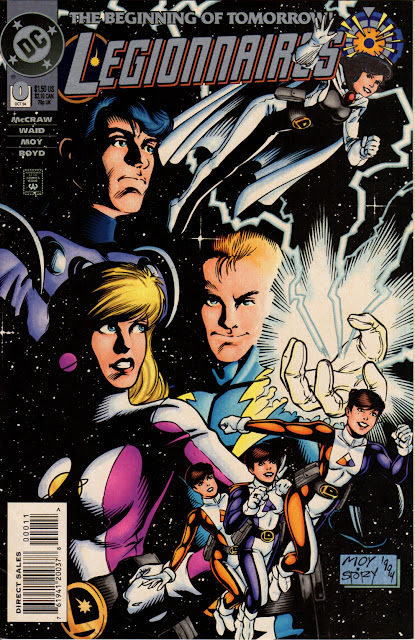 The dawn of a new future - and a new feature on I'm the Gun!  Join me as I embark on an occasional issue by issue recap of the Legion of Super-Heroes beginning with the #0 issues from October 1994, which follow the adventures of a retooled, rebooted team of young people fighting the good fight for peace and unity in the far future!

Check out future episodes of Reboot Review on iTunes, along with episodes of my companion podcast, Shanna Showcase.


Theme created using a sample of 'Shotgun' by Duran Duran
Posted by marksweeneyjr at 6:39 AM No comments: