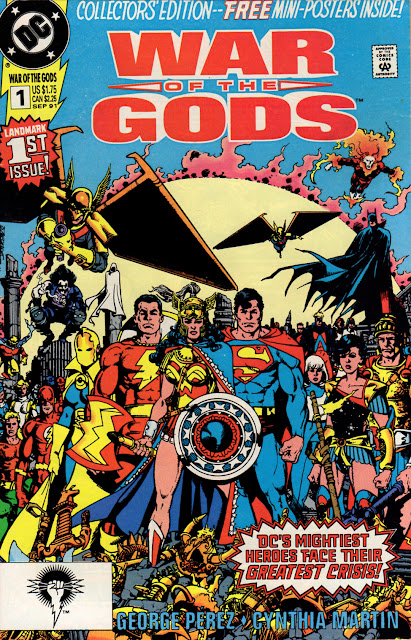 On this episode, I wanted to acknowledge the 75th anniversary of one of comics' most important characters, Wonder Woman!  About a year back I recorded a 75th birthday special for Green Lantern (it was very early in my podcasting career, so listen at your own risk), in which I looked back at how GL's 50th anniversary was celebrated.

I wanted to do something similar for Diana, so I'll be having a look back at War of the Gods, which was not only a 50th anniversary celebration, but was also meant to crown George Perez's groundbreaking 5 year run on the character.  I don't consider the event to be a success, but it still does hold a special place in my heart.


Read more »
Posted by marksweeneyjr at 9:30 AM No comments: 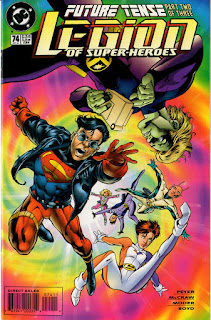 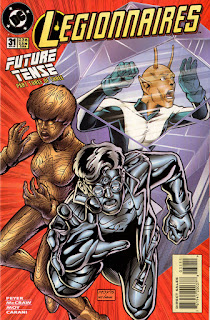 This time out, I'll be providing a recap and commentary to parts 2 & 3 of the 3-part x-over between Superboy and the Legion titles, from November, 1995!

Will Valor finally be released from the Stasis Zone?  Which old Superboy villain has survived 1000 years only to confront his foe and the Legion on a distant planet?  How will Superboy and the Legion fare against the Philosopher's Stone?  Believe me, this ain't Hogwarts!  To find out the answers to these questions and more, you can:

Read more »
Posted by marksweeneyjr at 7:22 AM No comments: